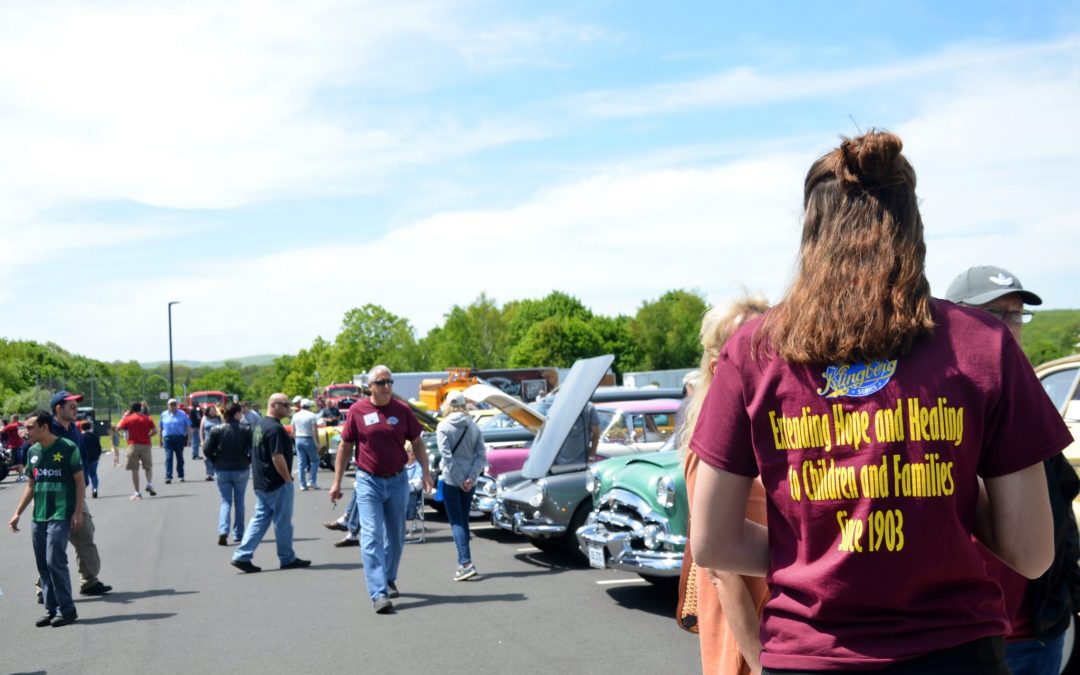 The first event in our Motorcar Series, held on Saturday, May 18, was a rousing success. It was a beautiful sunny day for the 85-90 unique cars and many happy spectators that came to our hilltop campus. We were grateful to have our Grand Marshal Wayne Carini attend, spend time with car owners and spectators, and award a trophy in honor of his dad, Bob Carini.

In addition to some beautiful and unique pre-1979 vehicles (see list of trophy winners below) we featured a group of vintage trucks. They ranged from a reproduction of an 1896 Daimler pick-up truck, a 1909 Chase truck, a 1957 Divco milk truck, and a 1953 Ford Connecticut Light & Power truck, to name just a few.

Judges awarded 5 trophies to vehicles at the show:

In addition to lawn games, crafts, and face painting for the children, volunteers conducted the TD Bank scavenger hunt.

The Klingberg Family Centers program highlighted was the brand new Klingberg Nexus Professional Development Center. Interested parties were given a tour of the state-of-the-art conference rooms and breakout areas. Also inside, many people visited the Klingberg History Museum and heard from one of our alumni stories about growing up on the Klingberg campus.

The next Motorcar Series event of the season will be on Saturday, June 15. “The Big Show” (hours are expanded to 9am – 2pm) will feature over 50 pre-war show cars, one of the largest displays in New England. This will be a rare opportunity to see the evolution of the car over eight decades.